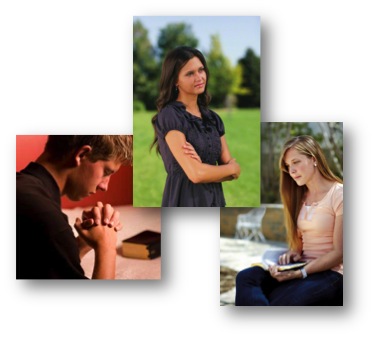 Once the truth is learned regarding our church, there is usually a very important question that naturally follows. This question comes from an earnest heart and certainly merits our attention. It is usually something like the following:

“If the Church isn’t really true, then why have I felt the Spirit?”

Or the question might be more in-depth, such as:

“After seeing all the evidence, if the Book of Mormon is fictitious, if the Book of Abraham is fictitious, if Joseph Smith had a clear track record for fraud and dishonesty, if the earth is actually much older than 6,000 years, if man actually originated in Africa and not Missouri, if blacks are actually equal to whites, and if so many more of our doctrines and beliefs are demonstrably false, then why have I felt the Spirit testify to me that the Church is true?”

Many good people have been taught to accept religious beliefs on the basis of emotion. They may have been taught to believe in a church, leader, or doctrine, because they “feel good” about it, regardless of whether there is factual evidence that it is false. Some obstinately resist the need for study and evidence in religion. They view faith as a “leap in the dark” based on feelings. A popular song said, “It can’t be wrong when it feels so right.” That expresses the approach some take to determining their religious views.

In order to answer these questions, let us first examine some examples of feeling the Spirit, so that we can see more clearly how the Spirit works. There are many people of many faiths throughout the world who feel the Spirit:

And consider the parallels between what the different LDS sects “know” with certainty:

All of these groups and denominations are sincere in their beliefs that they “know” with certainty to be true. How important it is, therefore, that we take a more meek and humble approach to what we “know.” As you can see from many examples, feelings of the Spirit are clearly not good measures of truth. They may be good measures of other things, such as an individual’s spiritual intuitiveness, but unfortunately they cannot be relied upon as measures of truth. If the Spirit could be relied upon to measure truth, then all of these above mentioned religions would be the “one true church!” As Albert Einstein observed, “How can cosmic religious feeling be communicated from one person to another, if it can give rise to no definite notion of a God and no theology?” (Albert Einstein, The World as I See It, Philosophical Library, New York, 1949, pp. 24 – 28.) Einstein thus recognized that no particular theology has an exclusive on spiritual witnesses, and that these feelings are universally visceral (deeply personal and subjective for everyone).

So why do we as Latter-day Saints have the tendency to believe that we can know the “truth” by the witness of the Spirit? Unfortunately this belief has been programmed into us for many years during church lessons, talks, and through the repeated misleading teachings of the Book of Mormon (now known to be fictitious). For example, Alma teaches: “Do ye not suppose that I know of these things myself? Behold, I testify unto you that I do know that these things whereof I have spoken are true. And how do ye suppose that I know of their surety? Behold, I say unto you they are made known unto me by the Holy Spirit of God.” (Alma 5:45-46) These types of erroneous teachings have led us to believe, over many years of indoctrination, that the Spirit is the only way to know something of a “surety,” and that this “spiritual surety” trumps all other evidence and knowledge. This method of learning “truth” is called emotional subjectivity—a state of being subjected to (or dominated by) one’s feelings, which robs a person from objectively utilizing their intellect, logic, reason, and intuition in order to learn and understand the real truth. To believe that all spiritual impressions come as “truth” from God is a prime example of emotional subjectivity.

An extreme example of this Book of Mormon teaching occurs when Nephi states: “I did obey the voice of the Spirit, and took Laban by the hair of the head, and I smote off his head” (1 Nephi 4:18). A more recent example of a Mormon being influenced by this teaching is when Ron and Dan Lafferty received a “revelation” of the “Spirit” to kill Brenda Lafferty and her infant child because, like Nephi’s rationale, Brenda was interfering with the future progress of their religion.

One can easily see that the Spirit testifies of fictitious (untrue) things by looking at the stories told by Elder Paul Dunn of the Seventy. Many people said that they powerfully felt the Spirit during General Conference when Elder Dunn spoke. Later, it was discovered that the stories and experiences he was sharing were actually fictitious, and that he was using these spiritually uplifting (but fabricated) stories to “promote faith.”

Also consider the many instances in which people have felt the Spirit during fictitious movies and books. Although they are not true, it is possible to feel the Spirit during parts that resonate with us. But to insist that these stories must be true “because we felt it in our hearts” would not be right, and would mislead us from the actual truth. It is important that we control our feelings and our hearts so that we are not misled into believing that every impression we have is true. Instead, we should seek to wisely understand our feelings for what they really are: feelings, not truth. “The heart is deceitful above all things, and desperately wicked; who can know it?” (Jeremiah 17:9) “He that trusteth in his own heart is a fool; but whoso walketh wisely, he shall be delivered.” (Proverbs 28:26)

Spiritual Feelings Are Not Measures of Truth 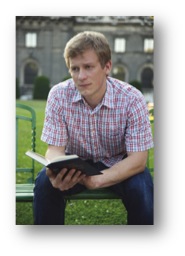 Throughout our lives, we have been taught to pray to know the truth, and that God will answer in the form of a feeling of warmth, peace, or conviction. Some call this a “burning in the bosom.” However, such feelings often come naturally, such as when one’s ball team wins, while watching an inspiring fictitious movie, after performing service, or when a person meets someone whom they find attractive. But when this feeling occurs after a church leader has suggested that we watch for it, we wrongfully conclude God is telling us that the teacher and his message were from God. The result is that beliefs are accepted on the basis of feelings, not actual truth.

All of us know of instances where feelings have led to serious mistakes. Movies, books, and songs urge people to “follow your heart.” Strong emotions may lead to adultery, killing, stealing, and other evils. When Joseph Smith was caught for dishonestly hiding his polygamous practices from his wife and the church members, he excused himself by saying of his strong feeling to take these additional wives: “God commanded me to obey it.”  (Joseph Smith, Contributor, Vol. 5, p. 259.) To believe that we can know what is right by following our emotions or praying for a feeling is to misunderstand the purpose of feelings and to expose ourselves to all sorts of falsities. Strong emotional appeals are wrongfully used to justify certain practices, regardless of whether they are true or false. People may feel a doctrine is true because “my dear mother (or other loved one) believed this, and I just can’t believe she could have been mistaken.” Or some programs and organizations make emotional appeals for support to save lost souls, despite the fact the program or organization itself may be corrupt. Many such examples could be given.

Another example includes that of the Church’s position toward people of colored skin. For 125 years, 11 consecutive prophets maintained that those with black skin were “cursed from God,” that they were not valiant in the pre-existence, that they were spiritually “handicapped,” and thus were not worthy to hold the Priesthood. This, of course, is untrue. But unfortunately, the prophets felt these spiritual impressions and wrongly interpreted them as being of God. (See Part 3 of the Gentle Awakening series.) Many a prophet has mistaken his inner religious feelings as “the wisdom of God” when in reality his impressions were merely “the philosophies of men.”

Recently, in an address to church historians, President Dieter F. Uchtdorf declared that “the evidence of the world contradicts [our church’s claims].” (For examples of the abundant evidence which contradicts church truth claims such as the Book of Mormon, see Parts 2-3 of the Gentle Awakening Presentation Series.) When all the evidence is against us, then what are we left with? When it appears that our truth claims are invalid, when it seems that somehow we are being asked to believe a select few “witnesses” who contradict themselves and each other, then we are left with only one thin thread of faith that we tenaciously cling to: the witness of the Spirit. But why would the Spirit testify of something that is untrue? Because, as we can see from an abundance of examples in the world, religious feelings are not a measure of truth. Otherwise, we would have to consider many, many untrue religions and impressions as true, and this would mislead us from seeing “things as they really are.” Feelings are important, and spiritual experiences are important, but these are not the way to measure or obtain truth. Following these spiritual feelings as “truth” has unfortunately led to much division, contradiction, and misunderstanding among many people, including the very prophets of our church.

As Mark Twain observed, “It’s not what you don’t know that will get you into trouble, it’s what you know for sure that just ain’t so.”

May we build our lives on truth, rather than on myths or subjective feelings, that we may more clearly see things “as the really are” and thus make the world a better place through greater understanding and loving one another.

Watch a video of many different religious followers bearing their testimonies of their strong spiritual witnesses that their churches are true below:

Take the quiz below and see if you can match the 21 witnesses of the Spirit to the religion of the individual who made the statement. Can you find the Mormon among them? 🙂

See also: Testimonies of Other Faiths

5 thoughts on “If the Church Really Isn’t True, Then Why Have I Felt the Spirit?”